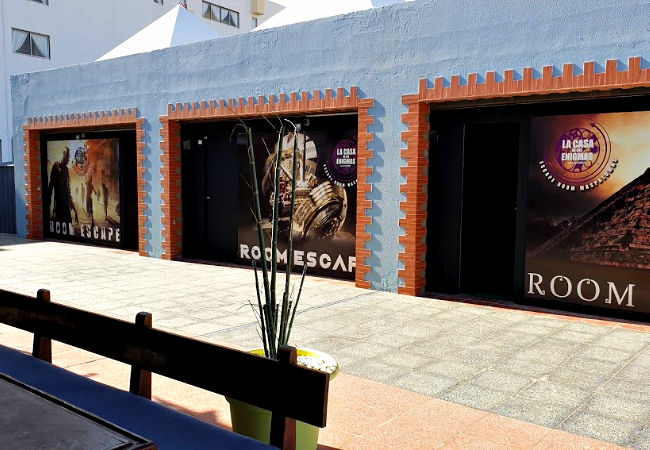 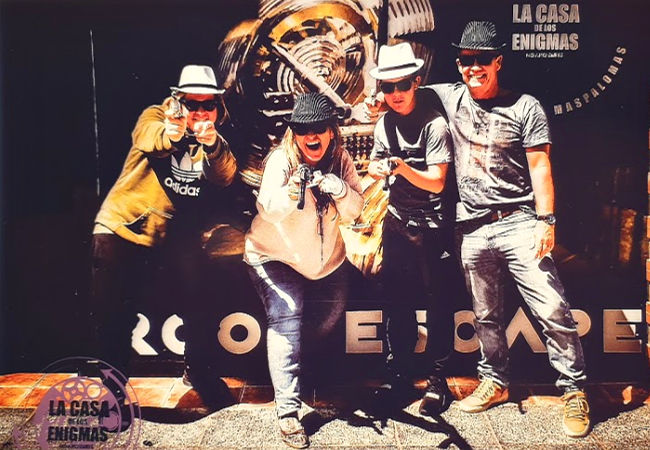 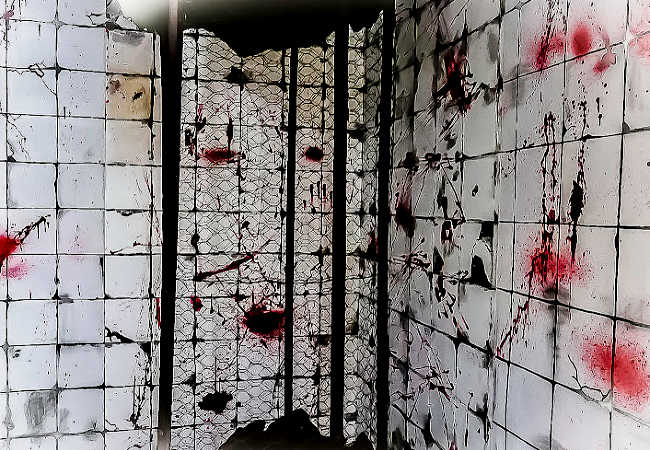 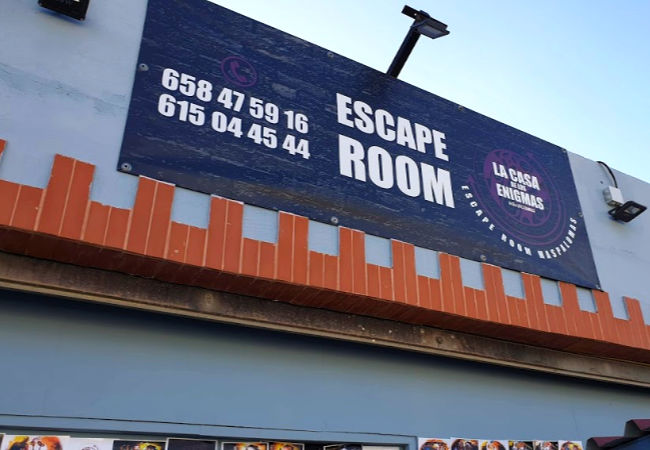 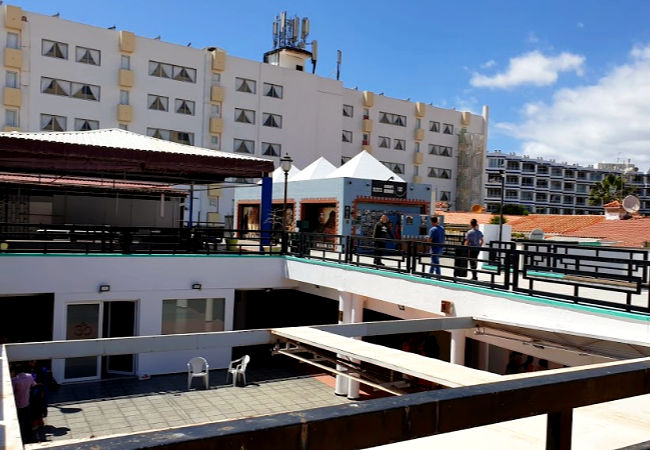 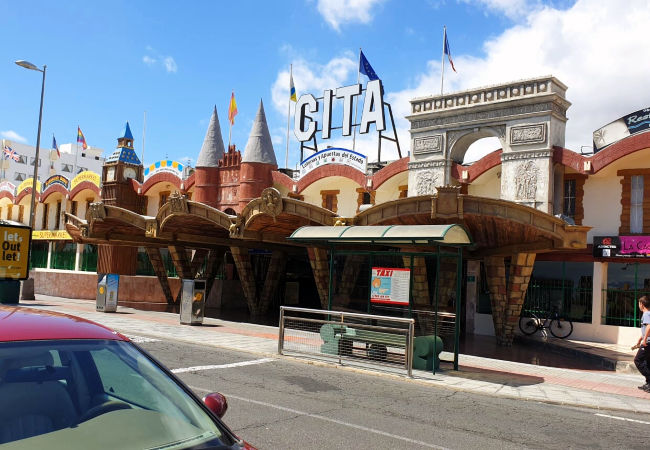 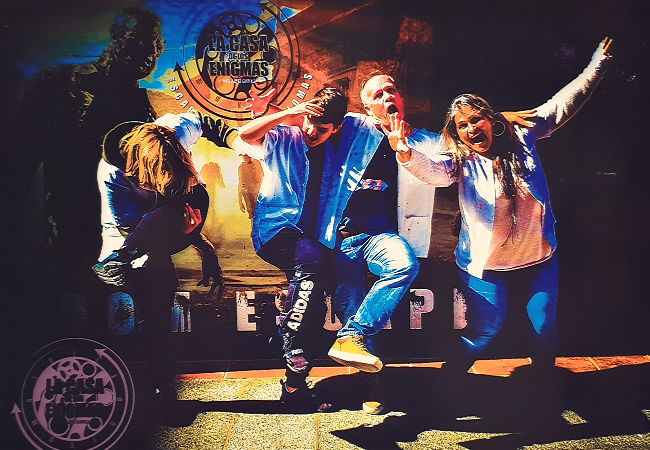 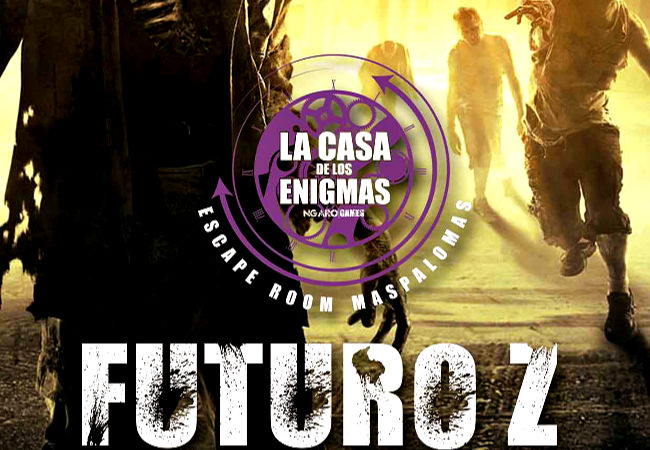 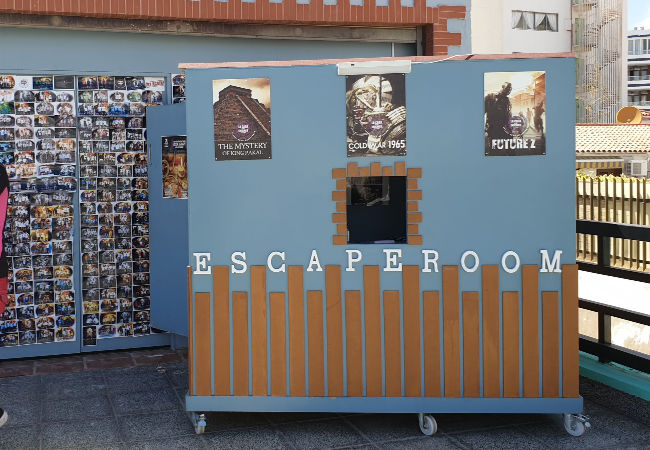 The Casa de los Enigmas’ ESCAPE ROOMS Playa del Inglés, in the Cita Shopping Center, are another option of entertainment for the whole family in the Maspalomas area. We tried 2 of their 3 rooms and they were challenging but very interesting. We all loved it!

The stories of the three escape rooms in the Cita Shopping Centre are taking place at different points in time: The Mystery of King Pakal in the past, the Cold War 1965 in the present, and the Future Z in the future. The ticket officer will advise which best suits your skill level. Larger groups of 15 to 18 people can play together at the same time divided in the three rooms. And, at a certain point in the escape game the three groups have to communicate with each other to be able to advance in the game. So cool! All instructions at these Escape Rooms are in SPANISH and ENGLISH.  Even though the doors are locked, the game master outside is watching your progress on the monitors outside and helping you along when you get stuck. We had to use his help several times.

La Casa de Los Enigmas is a Room Escape Chain! Besider the escape rooms in the  Maspalomas area they also have places in Las Palmas and Telde You can play Pirates Escape Room in Telde or Mafia Escape Room in Las Palmas. There is even a game that is suitable for children it’s called Octopus VS Squids (recommended for  9-12 years old children). What’s more, they even offer a Mystery dinner in Las Palmas and a Escape Game on a boat charter with barbecue and a stop over at Play Güigüí! TOP! We can’t wait to try this!

With this variety of choices everybody can find the right escape game to have fun with family and friends. The adrenaline will flow for sure as you come closer to the 55 min mark and have to solve puzzles, find clues and complete the tasks to GET OUT!

How to get to the Escape Rooms Playa del Inglés

La CASA de LOS ENIGMAS Escape Rooms are on the top floor of the CITA CENTER in the far end, past the Chinese restaurant. As the center was a bit confusing we had to ask a guard. And he was nice enough to point us in the right direction. If you come by car, you will easily find a parking space in the vicinity of the Cita Shopping Center on the nearby streets.