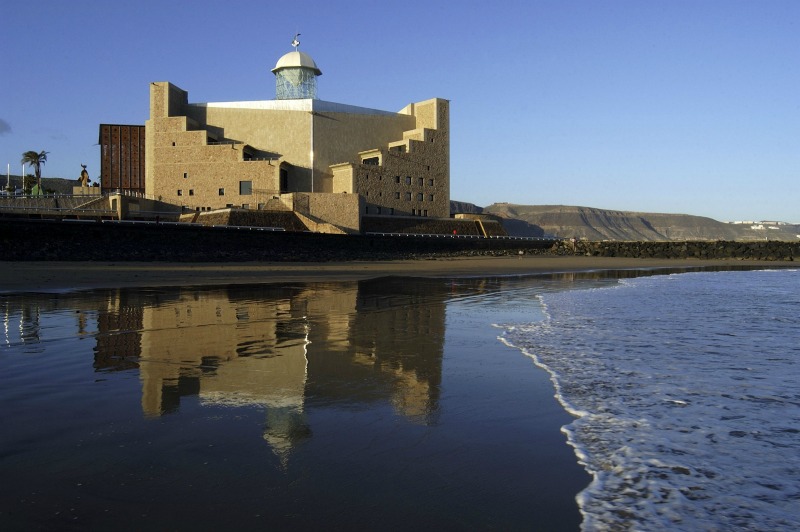 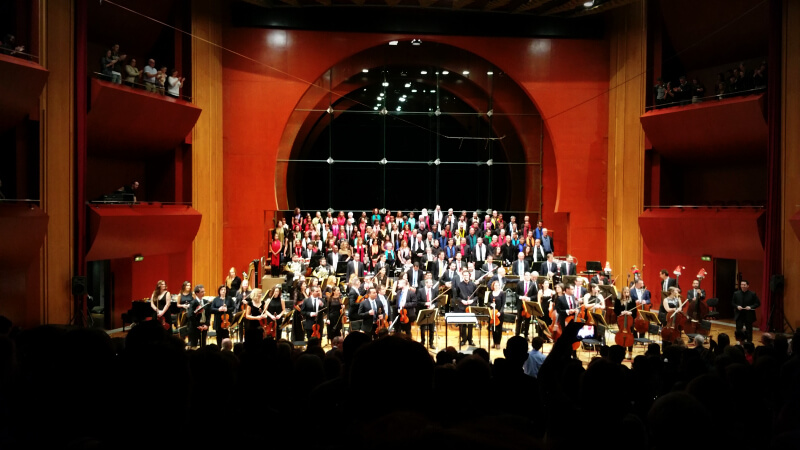 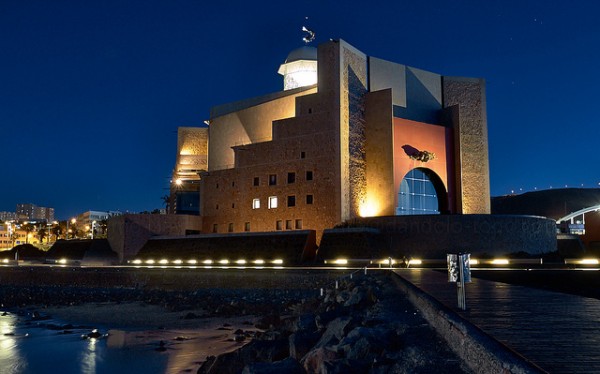 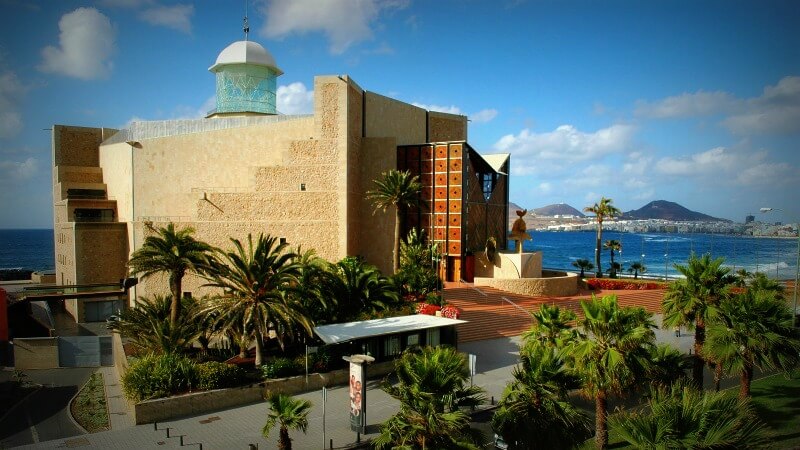 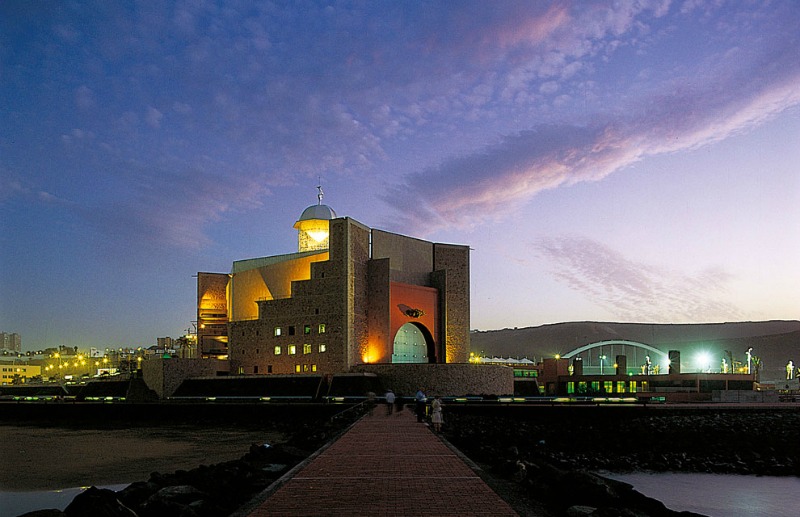 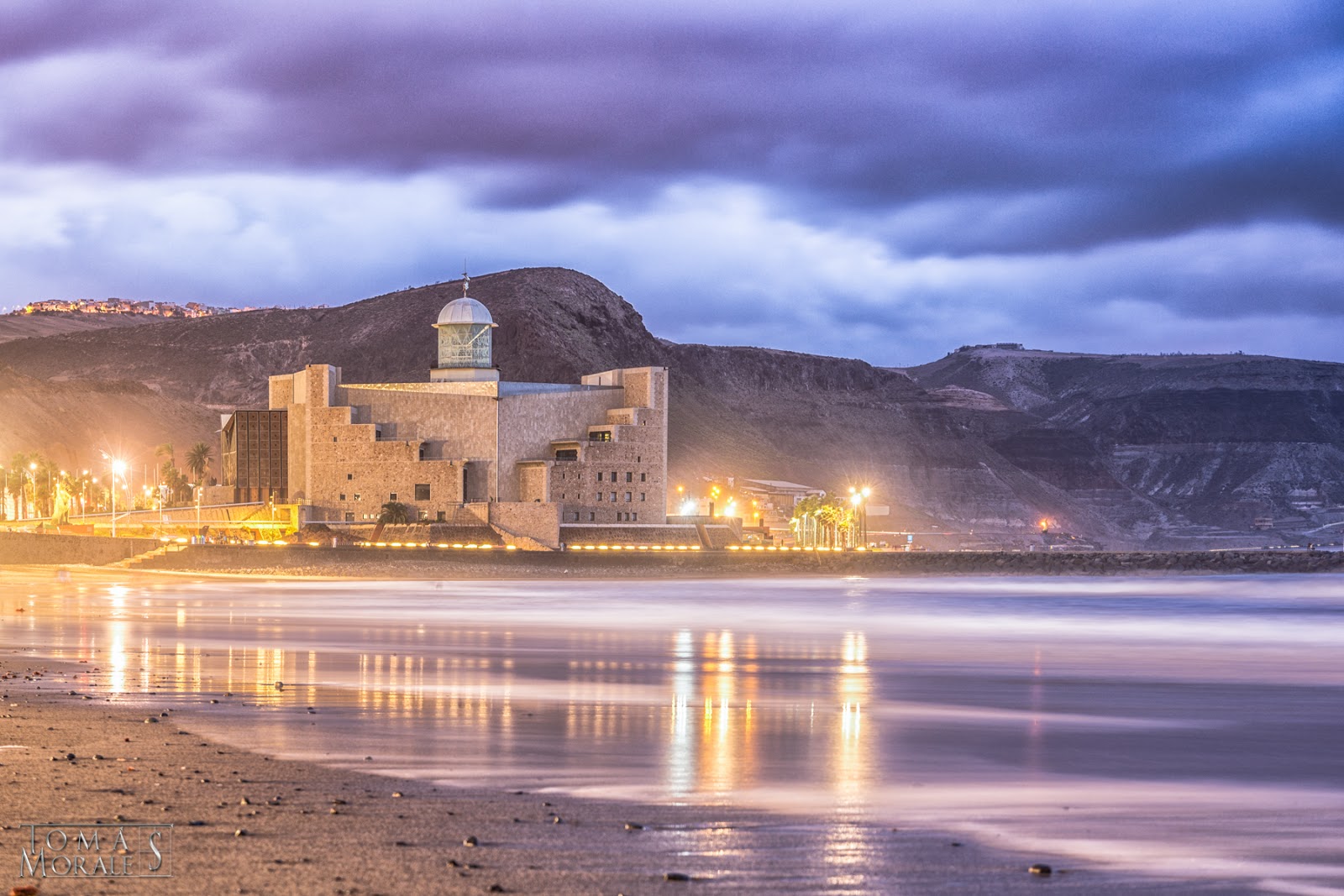 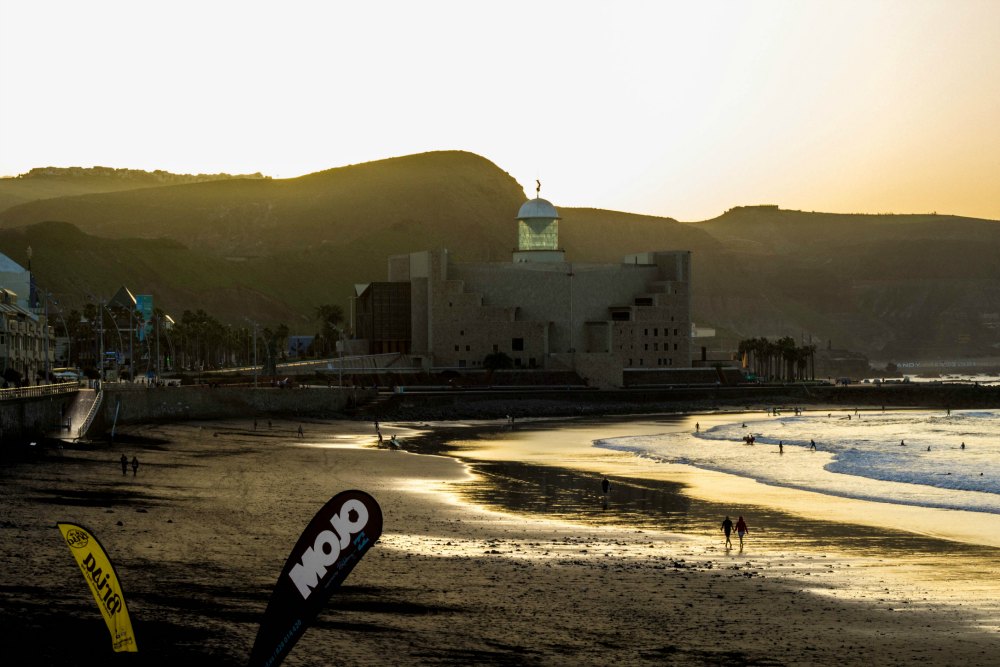 Las Palmas de Gran Canaria, the capital city of Gran Canaria, is a city bursting with culture, historical buildings and interesting sites, none more so than the impressive concert & events venue, the Alfredo Kraus Auditorium. It was named after the much respected Canarian tenor, Alfredo Kraus, as a gesture of respect towards his remarkable career.

The auditorium, built between 1993 and 1997, has become one of the cities most important and recognisable venues. Its dramatic presence, perched overlooking the sweeping city beach of Las Canteras. It brought much needed rejuvenation to this area of Las Palmas, helping it to become part of one of the busiest shopping and entertainments zones on the island, which includes the Commercial Centre Las Arenas. What Goes on at the Alfredo Kraus Auditorium?

Most notably, the Alfredo Kraus Auditorium is home to Gran Canaria’s Philharmonic Orchestra and  we highly recommend going to see them perform. Although, the programme covers many genres and is very diverse, you will also find ballet, jazz recitals and solo performers performing there.

A Huge Feat of Engineering

The impressive Alfredo Kraus Auditorium covers a site of over 16, 750m² and it includes 25 conference halls, the largest of which is the main symphonic auditorium which holds up to 4,600 people. The auditorium is also home to one of the largest fully functioning 2,750 piped organs in the Canary islands.

On entering the main auditorium, one is almost overwhelmed by the huge window feature at the back of the stage. This unique feature enables the audience to look directly over the crashing waves of the Ocean beyond and it is one of the Alfredo Kraus’ most spectacular & notable features. Check out the program right here and treat yourself to a dose of Canarian culture!